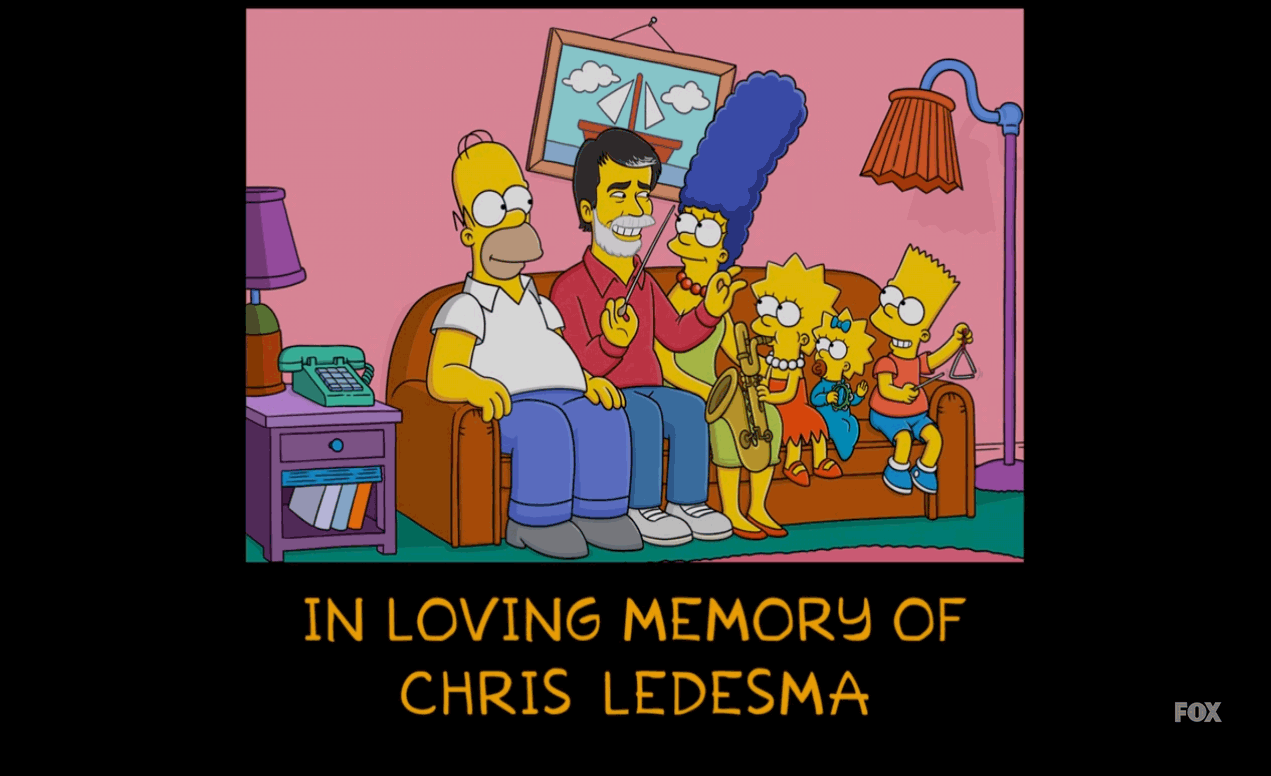 Showrunner Al Jean: A wonderful, hard working, very talented man who will be missed by all he knew.”

Showrunner Matt Selman: “Chris Ledesma poured his heart and soul into crafting the musical language of The Simpsons. Chris imbued every episode of the show over 33 seasons with his deep knowledge and even deeper passion for the music which has become a part of so many peoples’ lives.”

Jack Schaefer, Ledesma’s successor as music editor: “Chris Ledesma’s passion for music and for The Simpsons was an inspiration. I’m grateful for the time I got to spend with him this year. He was a great mentor and a genuine person.”

Former writer Ian Maxtone-Graham: “I worked closely with Chris and Alf Clausen on many Simpsons episodes, especially my later ones. Lots of late nights on the scoring and dub stages. A huge musical talent, great patience and skill as a voice director, a wonderful guy.”